For over 50 years TV & Radio Features has driven brand awareness and product trial for name-brand manufacturers. We work with TV and radio stations across the 48 contiguous United States by supplying them products for giveaways. These promotional products provide stations the ability to maintain and/or increase listenership and/or viewership for promotions and contests. 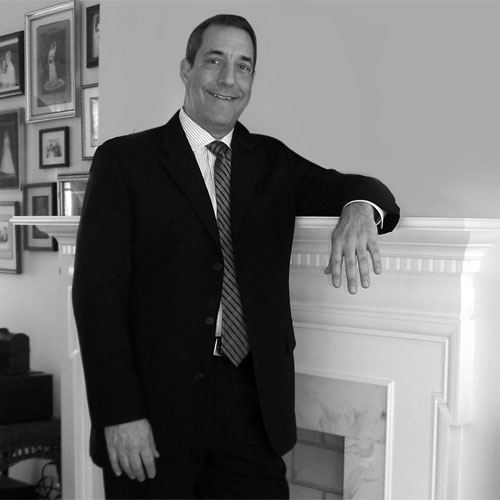 Scott Epton has over 35 years of experience in marketing and advertising. (I know he looks too young in the picture to have that much experience! LOL!!!) Scott’s goal is to have an honest and insightful approach with the utmost integrity to help both his partners and clients to realize the maximum benefits of the TV & Radio Features programs.

Scott received his Bachelors of Science Degree in Interior Design from the University of Illinois, Champaign-Urbana.

He is a former Rotary member and has served as a board member of the American Cancer Society and People Assisting Little Stars (PALS).

Family is #1. Scott is married with two children.

When not in the office, you may find Scott playing pickleball, exercising, watching baseball or ice hockey. He is an avid White Sox, Blackhawks and Fighting Illini fan.

Mort Small was born in Chicago, Ill. He attended public schools and enrolled at the University of Illinois. Mort completed his college education at Roosevelt University receiving a Bachelor of Arts degree in Psychology with a minor in Advertising and English Literature.

He began his career after college as a trainee at McCann-Erickson, Inc. We’re not giving you the years because Mort was much younger than his age! After leaving McCann, he became a member of Sarra Films, Inc. as an assistant to the scenic designer.  Later, he joined Beaumont & Hohman Advertising as service manger and contact to the Greyhound Corporate account.

Shortly after, Mort’s career took off by joining Tim Morrow Advertising as a media manager, production and client contact and handled many of their large accounts e.g. Blistex Inc., Ditto Inc. and Aluminum Specialty Co. to name a few. When Tim Morrow merged with Henri, Hurst & McDonald, Mort worked with companies such as Admiral Corp., LaSalle National Bank and Mercury Record Corporation and more.  Mort then joined his client Mercury Records, as the advertising manager in planning and promotion of stereo records. (Really? Stereo records. What are those? LOL!). Mort then joined The Biddle Company as an account executive working with Borg-Warner, National Soda Straw Co., Walter Schwimmer, Inc. and many others.

Mort was an avid tennis player, basketball player and wallyballer. (Yes, Mort really did bring Scott into his wallyball group and taught him the “ropes!”)  He was extremely passionate about the Chicago Bulls and the Duke Blue Devils Basketball teams, but Mort was most passionate about his wife, three children and seven grandchildren.

In Memory and Spirit

It is with great sorrow that I bring you this news.  I am sorry to tell you that Mort Small, my business partner, friend and father in so many respects to me passed away in his home a week ago on Saturday night.   He was a great man with a soft heart.  He was a beautiful positive person.  I am lucky to have known him and been part of his family for 30 years.  Those of you lucky enough to have met him over the years know exactly what I mean.

I will be continuing on with the Television & Radio Features business, as this was Mort’s “baby” from its inception approximately 40 years ago.  Although I wasn’t technically Mort’s son, he has always considered and treated me like his own and he wanted his business to continue to flourish with someone close and dear to him.

It will be a monumental task to even try and walk in Mort’s shoes, but please know that I will work hard to keep and maintain our existing relationships and nurture new ones.

Please know that if you had been either a partner manufacturer or a client station Mort valued your business and more importantly, your friendship.  Mort expressed this to me on many occasions.

Thank you for being his partners and clients in business and more importantly in friendship and I hope that we will continue the relationships Mort nurtured as a tribute to a great man.